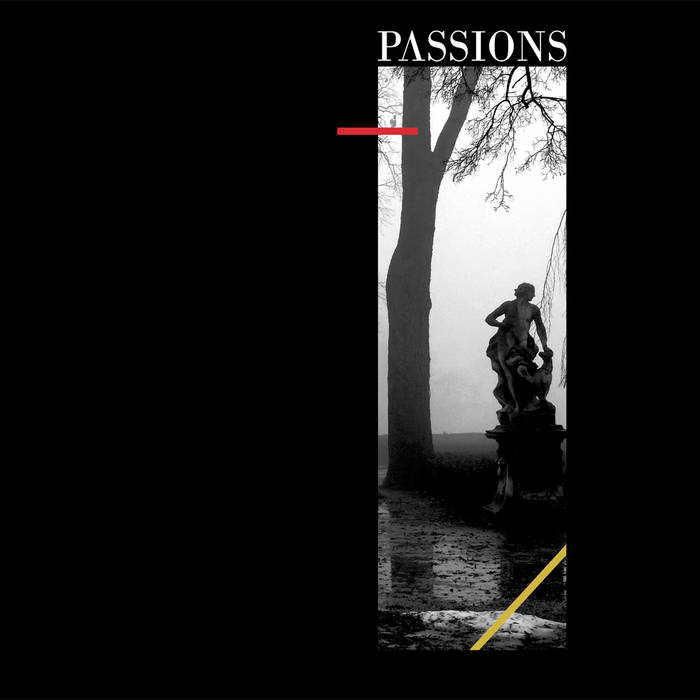 Jack music Life Ben put out all of its. Passions.

“PASSIONS is a soundscape made for a specific sort of creature. It is music that lends a hand. It lets one know that he or she is not alone in feeling how they do.

Ben Deitz was an incredibly talented musician, artist, producer and writer. He created Passions out of necessity, lending an ear simplicity and beauty. A truly empathetic soul orchestrating true audible vulnerability without frills. May we all find this honesty within ourselves.

A treasure of humanity, Ben thought faster than most, felt deeper than most and spoke with a sincerity that set him apart. He used this energy to create. This is nothing less than a gift for anyone who cares to listen.

May we all live our truth, love and support each other, and keep on creating in his memory.”

After his initial breakcore, dubstep, ambient and electro beginnings as Math Head and Campos Verdes, Ben created PASSIONS to evolve into much more personal, cold, atmospheric post-punk experiments that clearly remind us of Cabaret Voltaire and Joy Division. He had something to tell us about how he was feeling inside.

Inspired by the underground culture of 1920s’ Weimar Germany and cult films from the likes of Maya Deren’s ‘Meshes of the Afternoon’ and Kenneth Anger’s ‘Scorpio Rising’ he created a bunch of songs that seem to have been crafted in a factory, music to solder car parts to. Ben brought the angelic female voice of Giselle M. Reiber into the project for some songs, it was the perfect additional ingredient to create the soundscapes he pursued.

More than five years after its original conception, we at DWR thought of finally bringing you the PASSIONS cdr / digital EP turned into a full ten-track vinyl album (with additional bonus tracks here!!). Ben was thrilled with the idea, but unfortunately he passed away unexpectedly on May 9th, 2015, only three days after providing us with the final sound material required for the album, leaving us alone in the process, forcing this to be a posthumous release. Ben’s family and friends immediately prompted us to go ahead with everything, so under these exceptional circumstances you can imagine how exceptional this project became for us also.

We thank Ben from the bottom of our hearts for leaving us this precious gift of his talented spirit. A gift that we present you in the form of a transparent, passion-red vinyl, housed in a heavy matt finish sleeve with reinterpreted artwork and black inner sleeve. An exclusive short run of 265 copies.

All tracks written, produced, performed and mixed by Ben Deitz.