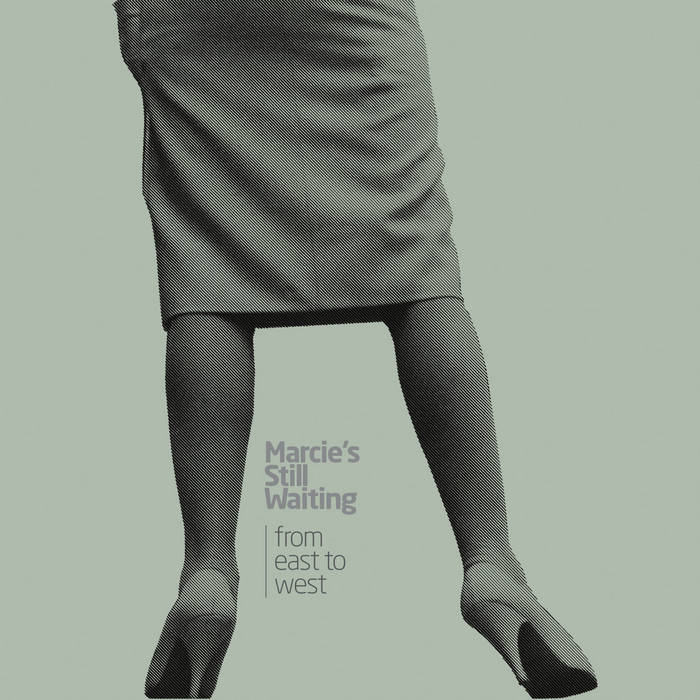 This is a short story, but a great one. Marcie's Still Waiting was created as a studio only project by Rainer Spachmann and Rainer Winschermann at the latter’s Mollycat studio in Velbert-Langenberg, Germany, in 1984. Minimalistic synth wave, some really upbeat tunes here then some moody, dark, cold songs there. All with the appropriate amount of guitar... and a touch of lovely saxophone!

‘From East to West’ is a vinyl anthology of the almost complete recorded material by Marcie’s Still Waiting (and complete in its digital version here). It comprises the four songs of the first 12” EP from 1985, the four songs of the highly sought after ‘Mirrors And Daydream’ 12” EP from 1986 and great unreleased songs from the in-between period. Three of the unreleased songs have been edited slightly to accommodate the taste of the composer. ‘From East To West’ is presented in a limited, hand numbered edition of 200 copies, housed in a heavy matt finish sleeve with printed inner sleeve.

They never played live, no pictures of MSW as a band exist, but what a legacy they left behind. Almost 30 years later their timeless music is far from being forgotten, it sounds fresh just as if it had been written this very morning. Their two vinyl releases still very sought after, so it was high time of reviewing their short history and give them a deserved second moment of glory.

‘66’, ‘Unique World’, ‘Sweat Gets On My Face’, ‘Swamp Thing’, ‘Brooklyn’, 'Crows', 'Deeper than The Sea', 'Back From Nature' – Music by Spachmann and Winschermann. Lyrics by Spachmann.

‘A Mysterious Song’, ‘For You (Not For You)’ – Music by Spachmann, Winschermann and Maakaron. Lyrics by Spachmann.

‘Magic Carpet’, ‘A Night Like This’, ‘In My Room’ – Music and lyrics by Spachmann.

‘Sleep’ – Music and lyrics by Spachmann and Weber.

‘Back To Nature’ – Originally by Fad Gadget, music and lyrics by Tovey. Cover version arranged by Spachmann and Winschermann.

Recorded and mixed by Winschermann at Mollycat Studio, Velbert-Langenberg during 1985 and early 1986 except ‘Magic Carpet’, ‘Sleep’, ‘A Night Like This’, ‘In My Room’ recorded and mixed by S. Schumacher and Ch. Muuß at Muuß Tontechnik, Kiel in 1986.

All tracks remastered by Nicolás Zúñiga.
Artwork by David Lanna.