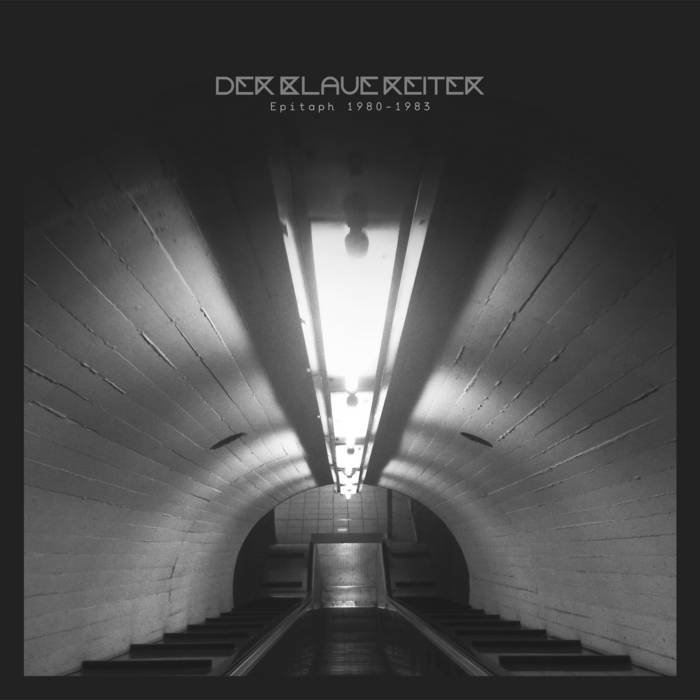 Soundmill Absolutely awesome!!! Was waiting forever for an official full release. Now its here and it's my album of the year, hands down! Wow wow wow... Favorite track: Perspective.

In January 1983 Stefano Tirone and Stefano Mazzola had the chance to record most of the tracks that they had played as Der Blaue Reiter since their beginnings in 1980 and throughout 1981. They used a TEAC 4-track reel tape recorder and as 4-track reels all songs remained unmixed and forgotten for many years. In 2012 one of their songs, ‘Through glasses’, was requested to be included in the Danza Meccanica vol.2 compilation on Mannequin Records. Later in 2013 another one, ‘Lights off’, featured in the Italia Synthetica compilation on Spittle Records. Both songs were mixed including some additional production elements, hence they didn’t keep their full, raw originality. Incredibly enough, that has been all DBR’s material ever put out... until now.

Between 2014 and 2015 Stefano Tirone finally decided to mix all the surviving tracks from the original analogue tape reels, but maintaining the primary sound and elements without additions or overdubs. Only one song, the instrumental ‘Tears of joy’, whose tape was unfortunately damaged, had to be re-recorded but all the original instruments and amplifiers, surprisingly well-kept for all these years, were used again to make it sound exactly the same as the initial recording.

Their songs are an amazing, historical document of what could be considered the first cold wave band from Italy. Even though they have sadly remained virtually unknown, probably because of not having released anything until this decade, they were true pioneers. Drum machine, synths, bass, guitar, deep vocals to give aural shape to melancholy, together with heartfelt lyrics. The essence of what we love to tag as Cold Wave.

We feel incredibly honoured to bring you all recordings by Der Blaue Reiter for the first time ever, freshly mixed and mastered but with all their original analogue glory, sounding just like they did back in 1983 when they were put on tape. We present them to you on a limited, hand numbered vinyl edition of 265 including download code, housed in a matt finish sleeve and printed inner sleeve with pics and lyrics.

Go to our website www.deadwaxrecords.es to read the complete biography by Der Blaue Reiter.

All songs written by Stefano Tirone between 1980 and 1981. Performed and recorded by Stefano Tirone and Stefano Mazzola (with additional drum machine by Davide Pandini) at Panorama Studio, Milan, in 1983. Mixed from the original 4-track reel tapes at Panorama Studio between 2012 and 2015, except ‘Tears of joy’ (re-recorded and mixed in 2015 using all the original instruments as the 1983 reel tape for the song was ruined) and ‘Through glasses (demo)’ + ‘Lights off (demo)’ + ‘Blind sight (demo)’ (recorded live in the rehearsal room in January 1981). All tracks mastered by Nicolás Zúñiga.