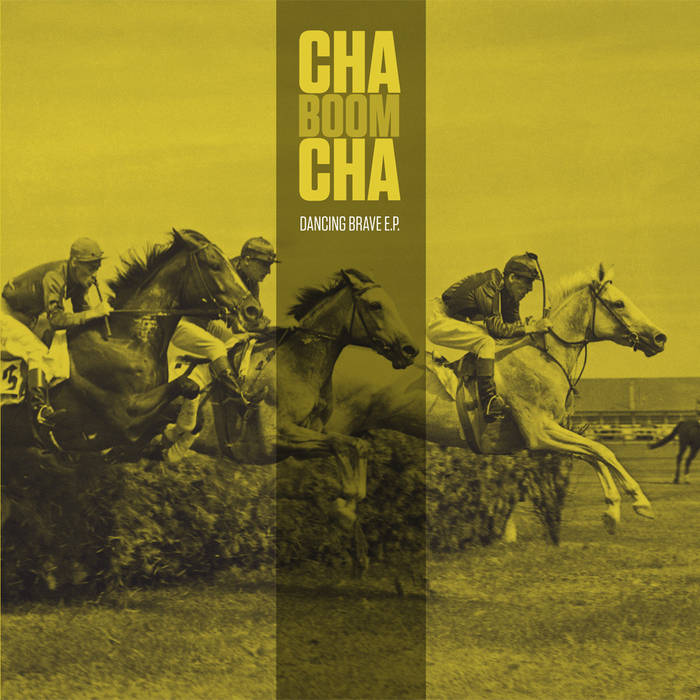 The late 1970s / early 1980s were exciting times for music lovers In the UK. Punk Rock had morphed into Post Punk and there were many (and varied) independent record labels producing some great music. Like many young people, a group of friends in South London were inspired by the DIY ethics of the times and decided to make their own music.

After several name and line-up changes, by the end of 1985 Cha Boom Cha was born with Duncan (vocals, acoustic & electric guitar) and Richard (electric guitar, keyboards, rhythm programming) as a duo, with the help of Angelina (additional vocals).

The first recordings by Cha Boom Cha are a mixture of minimalistic, analogue synth pop with a touch of guitar. Some people might say ‘hey, this sounds a bit like The Cure’s Japanese Whispers era!’, but definitely a different story. From the four songs recorded in 1986 only the song ‘Dancing Brave’ made it to a couple of compilations, namely 1987’s ‘The Jamboree Bag’ (Primitive Records, vinyl only) and 1988’s ‘The Trance Compilation’ (Being Cut / Primitive Records, cassette only), but in a shortened, more guitar orientated remix.
‘Dancing Brave’ is one of the first songs written by Cha Boom Cha using a drum machine and synths.

These early Cha Boom Cha recordings are great synth pop songs that deserved to be rescued and finally available together as our ‘Dancing Brave’ EP, just like we think it should have been done in 1986. The songs have been transferred and carefully remastered from the original ¼” reel tape by Nicolás Zúñiga (our Nico DeadWax). The ‘Dancing Brave’ EP is presented in a limited, hand numbered edition of 260 copies, housed in a heavy matt finish sleeve with wonderful artwork by David Lanna and includes an insert.